Yesterday we had friends visit for lunch who had never been to our lake house before. The first thing one of them said after admiring the view was, “Wow! What a great place for reading.” She’s absolutely right — there’s no better place for reading than sitting outside on a beautiful summer day with the lake and mountains in the background. There are always plenty of other things to do, especially when the sun is shining, but we all treasure our reading time. 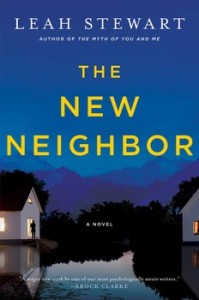 I just finished reading several books that are perfect for summer reading. My colleague Di recommended Leah Stewart’s The New Neighbor, a terrific page-turner about two lonely women in Sewanee, Tennessee who are both hiding painful secrets. Jennifer Young and her 4-year-old son move in near 91-year-old retired nurse Margaret Riley, and Margaret soon becomes obsessed with digging into Jennifer’s past. The New York Times says “Both women, whom we come to know in great depth, are guarding secrets and neither can afford to make friends . . . Stewart never relaxes her tight focus on these complex characters.” Stewart based the novel in part on her grandmother’s experiences as a World War II battlefield nurse. 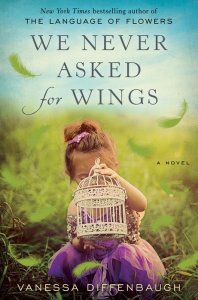 We Never Asked for Wings, by Vanessa Diffenbaugh (out in hardcover yesterday) is, like Diffenbaugh’s The Language of Flowers, the story of a young woman in crisis.  When Letty Espinosa’s parents return to their native Mexico, Letty must finally grow up and become a parent to her teenage son, Alex, and six-year-old daughter, Luna.  Diffenbaugh does a wonderful job creating vivid and sympathetic characters. I was particularly drawn to Alex, who has always regarded his mother as more of an older sister than as an authority figure.  I passed the novel along to my mother, who enjoyed it as much as I did. I liked The Language of Flowers very much, so I was nervous when I started reading her sophomore book. Surprisingly, I liked We Never Asked for Wings even more — it’s more true-to-life, with none of the magical realism that made The Language of Flowers a less-than-perfect book for me. Vanessa Diffenbaugh will be visiting Lake Forest for an author luncheon next week, and I’m looking forward to meeting her and asking her a few questions. 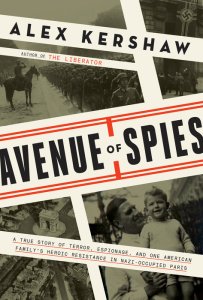 Maybe some people don’t find nonfiction books about war appropriate summer reading, but Jeff and I do! I am fascinated by the French Resistance, and Alex Kershaw’s Avenue of Spies: A True Story of Terror, Espionage, and One American Family’s Heroic Resistance in Nazi-Occupied Paris is a worthy addition to my collection of World War II books. It’s not on a par with In the Garden of Beasts, by Erik Larson, but it’s a similar story: an American family, living in occupied Paris, shows unusual courage in the direst of circumstances. American physician Sumner Jackson, his Swiss wife, Toquette, and their son, Phillip, are given the opportunity to leave France when the French surrender is imminent, but they elect to stay and join the Resistance — while living almost next door to the Parisian headquarters of the Gestapo. 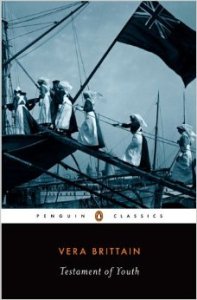 Jeff is delving deeply into World War I, thoroughly absorbed in Catastrophe 1914: Europe Goes to War, by British military historian Max Hastings. We heard the author speak at an event last year, and Jeff is finally getting to the book, which the New York Times calls “a highly readable narrative that should — but won’t — be the last word on the subject.” He also recently read Testament of Youth, which is author Vera Brittain’s memoir of her experiences as a nurse during World War I that led her to pacifism, political activism, and a writing career. It’s a little embarrassing that Jeff has finished the book and I have just started it, because it’s my book group’s August selection.

My mother wins the award for most prolific reader. (Also, most prolific crossword puzzle solver . . . actually, the only crossword puzzle solver.) She’s thrilled that our little town recently rebuilt and expanded its public library, and regularly comes home with big stacks of library books.  She’s read some excellent books, and particularly recommends You Are  One of Them, by Elliott Holt. One of my favorite authors, Maggie Shipstead, gave Holt’s debut novel a rave review:

Inspired by the story of Samantha Smith, the American schoolgirl who wrote to the Soviet premier Yuri Andropov in 1982, and asked if he intended to start a nuclear war, has the momentum of a mystery but is, more essentially, a consideration of how we are haunted by loss . . . The main thing, though, is that You Are One of Them is a hugely absorbing first novel from a writer with a fluid, vivid style and a rare knack for balancing the pleasure of entertainment with the deeper gratification of insight. More, please.

I just emailed the bookstore to order a paperback copy of You Are One of Them — I find that library books and lakeside reading don’t mix well I’ve already managed to drop one book in the water and spill coffee an another. Some of my mother’s books go back to the library unfinished. My mother feels, and I agree, that you can usually tell after a few pages if a book is worth reading.  Isn’t that the best thing about libraries? You haven’t invested anything in the book so there’s no pressure to finish. And the worst thing is that you have to take care of the books . . .