Recently I returned an ill-conceived purchase to a large chain store. (OK, it was Target.) The cashier was polite to me, but I still felt uncomfortable about the whole transaction. She wanted to know the reason for the return; I’m sure the store keeps records and she had to ask that. I wasn’t sure what to say: “I thought I would look OK in this, but it was horribly unflattering?” “I didn’t want to try it on in your dressing room because last time I went in there the walls collapsed and I was lucky to escape without a fractured skull?” (Yes, that actually happened. The Target fitting rooms shouldn’t actually be called rooms. The whole setup is like a house of cards. I’m not sure how the walls stay up.) 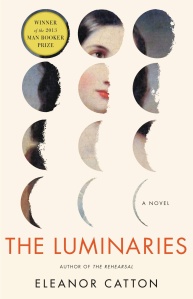 At Lake Forest Book Store, we don’t ask people why they’re returning something — although they sometimes feel duty-bound to tell us. Actually, we don’t get many returns. I don’t have the data, but I’d guess that other kinds of stores get many more returns than bookstores do. People probably think they’re going to read (or regift) that copy of The Luminaries someday. We are quite generous with our return policy. We don’t even require that the book was originally purchased at our store, as long as the customer just wants to exchange it for another book. Most people are pleasantly surprised at how accommodating we are. The most common reason people bring books back is that they’re duplicates. I often encourage customers to buy actual books as  gifts, rather than gift cards. “Think of the book as a more personal version of a gift card,” I say. “They can always bring it back.” 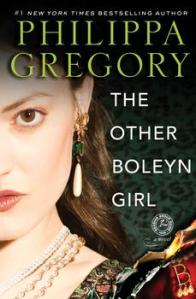 Maybe I shouldn’t say “always”, because over the years some people have taken me quite literally:

These incidents, thank goodness, are few and far between. Now I have to head out to the local grocery store to return the strawberries I bought yesterday that are already moldy. Do you think they’ll replace them?