Such short little lives our pets have to spend with us, and they spend most of it waiting for us to come home each day. It is amazing how much love and laughter they bring into our lives and even how much closer we become with each other because of them.
John Grogan, Marley and Me: Life and Love With the World’s Worst Dog

My daughter and son-in-law are the proud new “parents” of Stanley, the world’s most adorable yellow Labrador puppy. Stanley’s breeder has the following warning to prospective dog owners on her website:

If you have read the book (Marley and Me), you will know that although Marley was a sweet boy, he was NOT a good one . . . he was a NIGHTMARE! Although his owners loved him, they did not enjoy him to the fullest because he was so out-of-control . . . Many, many dogs with this type of personality (not just labs) end up in shelters.

Of course, she is right. I think the same phenomenon happened in the 1960s when the movie 101 Dalmatians (also based on a book) was released. People adopted Dalmatians because of their cute spotted coats, not realizing how much energy those dogs have.

Marley and Me, like so many dog books, ends with the dog’s death. Even children’s books about dogs — Where the Red Fern Grows,  Old Yeller,  Sounder — need to be read with a box of tissues nearby. And anyone who doesn’t get choked up at the end of The Art of Racing in the Rain must have a cold heart.

So here are some terrific books about dogs that probably won’t make you cry:

he Story of Edgar Sawtelle by David Wroblewski
Wroblewski’s debut novel (and to date, only novel) is unlike anything I’ve ever read. Edgar Sawtelle, who is mute, helps his family raise and train a fictional breed of very intelligent and intuitive dogs on their farm on Wisconsin. When a family tragedy occurs, Edgar embarks on an odyssey with three loyal dogs. Shakespeare aficionados will enjoy the many parallels to Hamlet.

The Dogs of Babel by Carolyn Parkhurst
I’ve never forgotten this quirky novel, which came out about 10 years ago. After his wife dies in a fall from a tree — witnessed only by the family dog, Lorelei — a linguistics professor attempts to teach his dog to talk so he can find out if her death was a suicide.

James Herriot’s Dog Stories: Warm and Wonderful Stories About the Animals Herriot Loves Best by James Herriot
There was no “YA” when I was a teenager. So I read all James Herriot’s books, starting with All Creatures Great and Small. (That’s when I wasn’t reading Flowers in the Attic , The Thorn Birds, or The Flame and the Flower — remember those?)  His very best dog stories are all now compiled in one book. 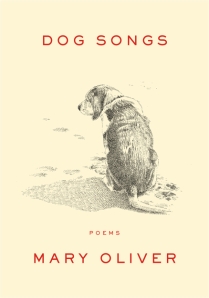 This lovely little book, according to the New York Times, “transcends its dogginess. It’s also about love, impermanence, and the tears in things . . . Her poems, with their charity and lyric clarity, can provide the kind of solace that dogs give”.

Pack of Two: The Intricate Bond Between People and Dogs by Caroline Knapp
Knapp’s memoir explores both her relationship with her own rescue dog, who helped her through grief and recovery from addiction, and animal-human relationships in general.

A Three Dog Life by Abigail Thomas
One evening, Thomas’s husband, Richard, took their dog, Harry, out for a walk — and Harry returned alone. Richard had been hit by a car and was permanently brain-damaged. Thomas reinvents her life and her marriage — with the help of Harry and two more dogs.

The Good Boy by Theresa Schwegel
The “good boy” of the title refers not only to 11-year-old Joel Murphy (son of Chicago K9 police officer Pete Murphy), but to Butchie, Pete’s police dog. The New York Times says, “For all the dog books currently in vogue, it’s hard to beat this one for canine verisimilitude or talent. Butchie is a fully credible character . . . The dog elevates a fairly conventional detective story into something much more lovable”.

Sweetwater Creek by Anne River Siddons
What a great combination — a “beach book” about dogs!  It’s the coming-of-age story about a young girl whose family breeds Boykin spaniels on their plantation in South Carolina. After reading this novel, I thought (briefly) about adopting a Boykin, the state dog of South Carolina. (Does Illinois have a state dog?)

Full disclosure: I don’t know if this book will make you cry because I haven’t read it yet. Just published this month, it’s about a young woman, fresh out of a rehab program, who rebuilds her life at a sanctuary for abused dogs. Publishers Weekly says, “Cooney has crafted a feel-good, canine-filled tale of cross-generational friendship, healing, and solidarity.

Good Dog: Stories of Man’s Best Friend and the Writers Who Love Them by David DiBenedetto and the editors of Garden & Gun

Before I read this book, I had never heard of Garden & Gun magazine — not surprising, since I’m not much of a gardener and I don’t own a gun. The magazine runs a monthly column called “Good Dog” — beautifully written essays by well-known authors about the kinship between humans and their canine companions. It’s coming out in November, and it’s a real treat — I started out planning to read a story or two, and ended up reading the whole book.

And finally, I don’t want to brag . . . but I can’t help mentioning that my sister’s Brittany Spaniel puppy, Daphne, was just chosen “dog of the week” at the Wellesley Booksmith (in suburban Boston) where she is a “frequent visitor”! 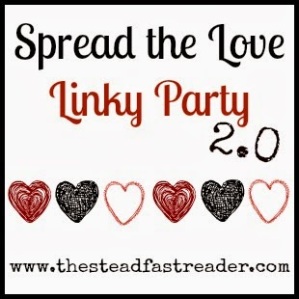