Beneath the gore and smoke and loam, this book is about the evanescence of life, and why some men choose to fill their brief allotment of time engaging the impossible, others in the manufacture of sorrow. In the end it is a story of the ineluctable conflict between good and evil, daylight and darkness, the White City and the Black.

Erik Larson, The Devil in the White City: Murder, Magic, and Madness at the Fair That Changed America

Last week, a customer asked me to recommend a new true crime book. It took me a minute to think of one, because nobody has ever asked me that before. I don’t know why, because true crime books are really popular. In Cold Blood, Helter Skelter, The Executioner’s Song, The Devil in the White City, Under the Banner of Heaven — all bestsellers. But “true crime” sounds just a bit unsavory. Maybe readers think they’ll appear macabre or voyeuristic if they’re interested in true crime. Some true crime authors have been accused of profiting from other people’s misfortunes. Others have been criticized for falsely befriending criminals to extract information.

The 2014 podcast Serial, which tells the true story of the investigation into the murder of a teenage girl, has become the most popular podcast in history. According to the Wall Street Journal, Serial “gets people to drop everything and just listen . . . it’s a testament to the power of good storytelling”. Also, Serial is open-ended, like many true crime stories. In real life, often we don’t know what really happened. I think that’s part of the appeal of true crime. The loose ends are not as neatly tied up as they are in fictional murder mysteries. Certain details remain hidden. Even in situations when a criminal cooperates with an author, the criminal can’t be trusted to tell the truth.

I’ve always preferred true crime stories to fictional ones. Even as a child I didn’t care for Nancy Drew, but gravitated to encyclopedia entries about Jack the Ripper and Lizzie Borden. I think they reason may be that I’ve always been more interested in character than plot. In most true crime, the reader knows “whodunit” at the beginning of the book. True crime author Walter Walker said that Ann Rule, perhaps the best-known author in the genre, possessed “the narrative skill to create suspense from a situation in which the outcome is a matter of fact, known to many readers before they open the book.”

As a teenager, I discovered Ann Rule”s The Stranger Beside Me, a study of the serial killer Ted Bundy — who happened to be Rule’s colleague. When Bundy was arrested for a series of murders in the Seattle area, Rule initially didn’t believe her friend could be guilty. Rule, who died several months ago, wrote dozens of true crime books after the success of The Stranger Beside Me. Her books focus on the “why” of heinous crimes more than the “how”:

I look for true stories where, just when you think nothing else bizarre can happen, it does . . . What real people do is far more compelling than anything a novelist can think up! . . . I am drawn to cases where the suspect(s) is NOT the classic murderer. I’ve learned that my readers are as interested as I am in the psychopathology of the criminal mind.

Rule’s obituary says, “In a crowded field, she consistently led the pack, taking up most of the real estate in the true crime shelves of bookstores.” From what I’ve seen, most bookstores today don’t separate true crime into its own section. If you google “true crime books”, the same ones come up on every list. On a recent visit to the Book Stall in Winnetka, Illinois, I was surprised to see several shelves dedicated to true crime. Most were historical, rather than contemporary in the vein of Ann Rule, but what a treasure trove of new and exciting true crime:

Bizarre family secrets in 19th century England (The Dead Duke, His Secret Wife, and the Missing Corpse: An Extraordinary Edwardian Case of Deception and Intrigue) by Piu Marie Eatwell

Arsenic poisoners (The Inheritor’s Powder: A Tale of Arsenic Murder and the New Forensic Science by Sandra Hempel and The Poisoner: The Life and Times of Victorian England’s Most Notorious Doctor by Stephen Bates)

The previously unsolved murder of a Hollywood mogul (Tinseltown: Murder, Morphine, and Madness at the Dawn of Hollywood by William J. Mann)

A Prohibition-era kidnapping and the birth of the FBI (The Year of Fear: Machine Gun Kelly and the Manhunt That Changed the Nation by Joe Urschel)

A father and son spy team (The Spy’s Son: The True Story of the Highest-Ranking CIA Officer Ever Convicted of Espionage and the Son He Trained to Spy for Russia by Bryan Denson)

A teenage psychopath in 19th century Boston (The Wilderness of Ruin: A Tale of Madness, Fire, and the Hunt for America’s Youngest Serial Killer by Roseanne Montillo)

A murderous Parisian con man and his mistress (Little Demon in the City of Light: A True Story of Murder in Belle Époque Paris by Steven Levingston)

Why do I enjoy true crime? Why does anyone? A few minutes of cursory Internet research was unenlightening, to say the least. An article in Psychology Today claims that women like true crime because the books “may provide important information and survival strategies should they ever be in a dangerous situation”. Hmmm, I don’t think so. Edmund L. Pearson, who wrote many nonfiction crime books in the early 20th century, including one on Lizzie Borden, said it best:

Writers of book reviews, sixty to eighty times a year, begin their articles with the grave inquiry: Why do people like to read about murder? After a discussion, in language that seems to be the result of profound thought, they come to the conclusion that people like to read such books because they do. 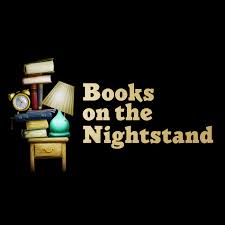 At Books on the Nightstand, we strive to bring you great book recommendations, as well as a behind-the-scenes look at the world of books, bookstores and publishing. We do this through our weekly podcasts and frequent blog posts. Michael Kindness and Ann Kingman are friends and colleagues who work in the publishing industry. That means that we talk about books all day long to other people who love to talk about books. But sometimes, those conversations have to end before we’re ready to stop talking. Thus, this blog . . . Our weekly podcasts (internet radio shows) are the heart of what we do here, and we hope you’ll join us. We post new episodes every Wednesday (or often late Tuesday night).

Books on the Nightstand podcasts usually follow the same format: a discussion about a book related topic, with book suggestions; an in-depth book recommendation from both Michael and Ann (“Two books we can’t wait for you to read”); and an audiobook recommendation. Most often, the recommended books are hot off the press, although about once a month backlist books receive attention in a feature called “Don’t you forget about me”.  The books chosen for discussion are always interesting, and often surprising; recent selections include one of my favorite neglected gems, The Rope Walk, by Carrie Brown;  a new — and very topical — thriller, The Cartel, by Don Winslow;  and a new memoir, Blackout, by Sarah Hepola. (By the way, I just read Blackout, and I don’t think I’ve stopped cringing. It’s very well-written, but painfully honest.)

I’ve moved quite a few books to the top of my stack after listening to a review on Books on the Nightstand. (The podcast is the next best thing to in-store presentations by our own Random House reps, Bridget and Laura.) Ann’s high praise for The Painter inspired me to read the novel right away:

My pick for this week is The Painter by Peter Heller. I love this novel so much, even more than I loved The Dog Stars, which I wouldn’t have thought possible. I think this is a book that will appeal to so many of you: those of you who love beautiful sentences, those that like intriguing characters, those that love great descriptions of the landscape, and all of you that love a fully-realized story. Don’t miss this one!

I especially enjoy the audiobook reviews, which focus not only on the content of the books, but the performances of the narrators. I’ve mentioned before that I love listening to audiobooks when I’m on car trips (Road Trip “Reading” — The Joys of Audiobooks). Right now, I’m able to relax — and even laugh– while driving in Chicago traffic because I’m listening to The Rosie Effect, by Graeme Simsion.

Podcasts are perfect for getting me moving — an hour of brisk walking seems to fly by when I’m listening to something interesting. Music just doesn’t do it for me. Once I discovered Books on the Nightstand, I found that there are countless podcasts that hold my attention. If you haven’t listened to Serial, download it immediately — you’ll be hooked.  The Huffington Post reports that host Sarah Koenig announced that two more seasons are in the works, and provides some background on the  series:

Serial debuted in October as a spinoff of This American Life, a long-running podcast from Chicago public radio station WBEZ. In it, Koenig reinvestigated the case of Adnan Syed, who is serving a life sentence for the 1999 strangulation of his high school ex-girlfriend, Hae Min Lee, whose body was found in a Baltimore-area park. The show racked up unprecedented numbers of downloads and took on a life of its own as devotees debated Syed’s guilt.

Other podcasts I enjoy listening to are The Moth: True Stories Told Live, Selected Shorts: Let Us Tell You a Story,  and Slate’s Audio Book Club. The online magazine Bustle has a good list of literary podcasts, noting that “podcasts are a great excuse to shut out the world for a little bit on your next commute, jog, or errand, and get lost in a community of people who are just as psyched about books as you are. Put those headphones on; all the cool people are doing it”.

One question: why haven’t I lost any weight, with all the walking/listening I’ve been doing?