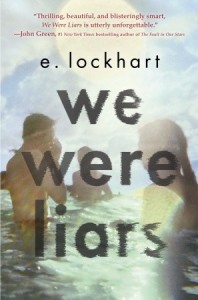 Time shall unfold what plighted cunning hides,
Who covers faults at last with shame derides.
Cordelia, to her lying sisters in King Lear

If E. Lockhart’s remarkable new novel, We Were Liars, is typical of its genre, I might become a YA convert. Actually, I dislike the term “genre” when it comes to reading. When Gillian Flynn was asked by a New York Times interviewer, “Do you have a favorite genre? Any literary guilty pleasures?”, she said:

I read all kinds of novels, as long as they’re good. I get a bit piqued when people say, “I don’t really like that kind of book. It’s akin to marking yourself as proudly poorly read. I like westerns, fantasy, sci-fi, graphic novels, thrillers, and I try to avoid the word “genre” altogether. A good book is a good book. And as far as guilty pleasures, I don’t ever feel guilt if I’m enjoying reading something.

I certainly didn’t feel any guilt when I was reading We Were Liars. I knew from the first page that I was reading something extraordinary. Lockhart’s writing is lovely — simple and poetic, with dialogue worthy of a screenplay. The voice of the narrator, teenager Cadence Sinclair Eastman, is completely authentic. Cady’s story takes place on her grandfather’s private island off the coast of Massachusetts, where she spends every summer with her extended family. The island setting is important to the plot, but even more crucial to the otherworldly atmosphere of the novel. Everything that happens in the book seems to take place in an almost magical realm, with little connection to the outside world.

Cady introduces herself as the “eldest Sinclair grandchild. Heiress to the island, the fortune, and the expectations.” Her mother is one of three daughters: 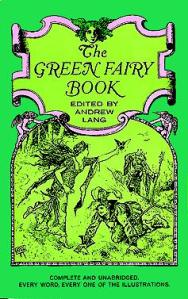 Granddad’s only failure was that he never had a son, but no matter. The Sinclair daughters were sunburnt and blessed. Tall, merry, and rich, those girls were like princesses in a fairy tale. They were known throughout Boston, Harvard Yard, and Martha’s Vineyard for their cashmere cardigans and grand parties. They were made for legends. Made for princes and Ivy League schools, ivory statues and majestic houses.

The island has always been a refuge for Cady, but one summer (“summer fifteen”, she calls it), something traumatic happens to her there; something she can’t seem to remember. Now,  more than two years later, she is suffering from “selective amnesia” and  “migraine headaches caused by traumatic brain injury” and trying to piece together the events of “summer fifteen”.  She recalls the beloved fairy tales of her childhood: “So many have the same premise: once upon a time, there were three . . . I have time on my hands, so let me tell you a story. A variation, I am saying, of a story you have heard before.” 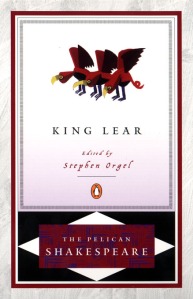 The story she tells — interwoven with pieces of her own story — is “Meat Loves Salt”, the tale of a farmer with three daughters who rejects his youngest daughter because he doesn’t understand her love and her honesty.  A Publishers Weekly interview with Lockhart points out that “Shakespeare liked this one too; it’s the same tale thought to have inspired King Lear.” (It’s worth noting that when Cady starts giving away her possessions, one of the first things she donates is a copy of King Lear.) Lockhart says “as a child, I was captivated by these beautifully illustrated collections my mother owned . . . Fairy tales have been a preoccupation of mine for a very long time, and for a long time I wanted to write a contemporary story with a fairy-tale structure so I could unpack some of what I had spent so much time thinking about.”

After I finished We Were Liars, I spent a lot of time thinking about it. I wondered about the significance of the title. The “liars” of the title are Cady, her cousins Johnny and Mirren, and Gat, a family friend: “The family calls us four the Liars, and probably we deserve it. We are all nearly the same age, and we all have birthdays in the fall. Most years on the island, we’ve been trouble.”  But the irony is that the adults in the family are the real liars, as Cady (and the reader) gradually discover. Their lies are numerous and their reasons for lying are complicated.  Cady, evoking King Lear’s honest daughter, Cordelia, is the only person who is trying to learn the truth about herself and her family. Her father left the family because “he couldn’t smile, couldn’t lie, couldn’t be part of that beautiful family in those beautiful houses.”

I deliberately haven’t talked much about the plot of We Were Liars. In the letter that came with the ARC, the publisher said:

It’s not often that I write a letter asking a reader to do this, but please trust me. I won’t tell you the plot of this book. It is better for you to just read it. We Were Liars is a dazzler. It’s suspenseful, literary, and romantic . . . You don’t need to know more. More would spoil it . .  Whatever you do, don’t spoil it for the people who haven’t read it yet. And if anyone asks you how it ends, just LIE.

Marketing hype? Maybe. Still, I won’t ruin it for you by telling you any more.  I’ll echo the publisher and ask you to trust me. And I’m not a liar.

Review of We Were Liars (New York Times)