What’s in a name? That which we call a rose
By any other name would smell as sweet.

Does Juliet’s famous quotation hold true for the titles of books as well? It’s hard to imagine these famous books with the titles their authors first contemplated: 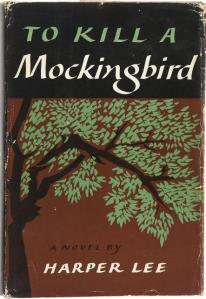 I’d vote for To Kill a Mockingbird as one of the best titles of all time. It’s a memorable and poetic title that hints at the central theme of the book without revealing too much. Harper Lee settled on the title after discarding two others, Atticus and Go Set a Watchman. I’m glad she didn’t name her masterpiece after the book’s hero. I confess to a bias against book titles that are the same as the main character’s name. Pride and Prejudice strikes me as a much better title than Emma, for example. Emma is so much more than a character study — why did Jane Austen decide to name the book after the protagonist? Books named after their protagonists seem to indicate a lack of originality on the part of their authors, but I know that’s not the case. Charlotte Bronte (Jane Eyre), Leo Tolstoy (Anna Karenina), and Charles Dickens (David Copperfield, Oliver Twist, Nicholas Nickleby) certainly didn’t suffer from a lack of originality. Maybe I am overemphasizing the significance of titles?

People are often surprised to learn that book titles can’t be copyrighted. Many times, we’ve had customers ask for a particular book without knowing the author’s name, only to find out that there are many books with the same title. I don’t know why anyone would choose a title that’s been used over and over, but it happens all the time. For example, a customer recently came in asking if we had The Dressmaker. A book with that title by Kate Alcott came out last year, and I assumed that’s the one the customer wanted. But when I described the plot (the dressmaker is a personal maid on the Titanic and ends up in a lifeboat), the customer said that wasn’t the book she wanted. I found four other books called The Dressmaker, but none of those was the one the customer had in mind. (It turned out she wanted Mrs. Lincoln’s Dressmaker by Jennifer Chiaverini . . . not to be confused with Mrs. Lincoln’s Dressmaker by Lynda Jones.)

Authors today typically don’t have total control over their books’ titles. They may be attached to a certain title, only to be told after an editorial or marketing meeting that the title is deemed inappropriate for various reasons. In an interview on The Awl (a great website that covers publishing and “the issues of the day”), author Laurie Frankel (The Atlas of

Love) describes her experience working with her publisher to choose a book title: 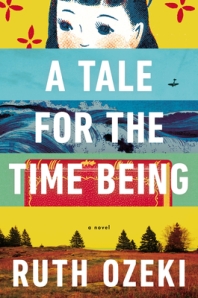 Laurie Frankel is absolutely right, but I still love an unforgettable title that perfectly captures the essence of the book.  Here are 10 of my favorites (including both classics and recent books) — what are yours?

And one more thing: I have to mention how much I hate it when the publisher adds a subtitle to the title of a novel, which they seem to do more and more frequently. Immediate turnoff. For example, Sebastian Faulks’s Birdsong is one of my favorite books. Below the title on the  current paperback cover, it says “A Novel of Love and War“. I think the reader can probably figure that out. What’s next? War and Peace: A Novel of War and Peace? The Scarlet Letter: A Novel of Infidelity?

6 thoughts on “What’s In a Name? 10 Favorite Book Titles”