I have to admit that I’m not a YA reader. I would like to be, but there are only so many reading hours in the day, and my list of Old Adult fiction and nonfiction just keeps growing. I know that YA is a huge phenomenon in the publishing world, and I need to learn more about it.

What exactly is YA? That’s the question that I saw on Twitter a few days ago. Someone else asked, “Is Tell the Wolves I’m Home YA”? Multiple people responded, all with variations on the same answer: “No, it’s coming-of-age”.  What is the difference? My guess is that YA fiction is written with a teenage audience in mind, whereas literary fiction isn’t targeted toward a particular demographic group. The recent phenomenon of adults reading YA is fascinating to me. Does it reflect our youth-oriented culture in general? When I was a teenager, I was more interested in reading “up” than my mother was in reading “down”. She didn’t 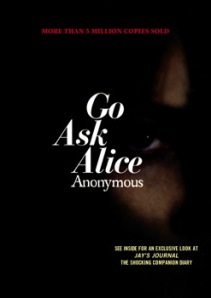 read my copies of Forever and Go Ask Alice, but I did read her copies of The Godfather and Ordinary People. (Then again, I was more interested in borrowing her clothes than she was in wearing mine. I think mothers today aspire to dress like their daughters.)

Now parents are borrowing their children’s copies of Divergent and Twilight, or even buying those series for themselves. Certain books are “crossover” novels, published as YA in one country and adult in another. The Curious Incident of the Dog in the Night-Time  (Mark Haddon) and The Boy in the Striped Pajamas (John Boyne) were marketed as YA in Great Britain and adult in the United States, while The Book Thief (Marcus Zusak), sold as YA here, was originally published as an adult book in Australia.

When customers ask me for books that will appeal to their teenagers but are not “YA” books, I have some tried-and-true favorites I suggest. You could think of these as “gateway” books to grown-up literature. (Back when I was reading Go Ask Alice, marijuana was considered the “gateway” drug to heroin. Now you can legally buy marijuana in Colorado!) Often, the customer will say, “Oh! I have a copy of The Secret Life of Bees (or The Help, or Into Thin Air) at home . . . maybe he/she would like that.” Here are 10+ other books that appeal to young people:

Durable Goods, Joy School, and True to Form by Elizabeth Berg: A trio of books about army brat Katie Nash, growing up with an abusive father.

Unbroken by Laura Hillenbrand: Still in hardcover more than 3 years after publication! Teenagers are amazed and inspired by Louie Zamperini’s story. Have them read it before the movie comes out. 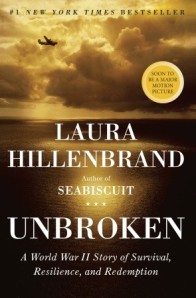 The Bean Trees and Pigs in Heaven by Barbara Kingsolver: Two books about spirited adventurer Taylor Greer and her adopted Cherokee daughter, Turtle.

The Pact (or anything, really) by Jodi Picoult: No need to elaborate. Teenagers love Jodi.

Who’s Your Caddy: Looping for the Great, Near Great, and Reprobates of Golf by Rick Reilly (his new book, out in May — Tiger, Meet My Sister . . . And Other Things I Probably Shouldn’t Have Said sounds like it will be perfect for older teenagers too): Sports Illustrated writer Reilly has written many very insightful and funny golf books.

The Yonalohssee Riding Camp for Girls by Anton DiSclafani: Who doesn’t love a boarding school book? This one is set in the 1930s, at a school for equestriennes in the mountains of North Carolina.

Me Talk Pretty One Day (or anything except Squirrel Seeks Chipmunk) by David Sedaris: Hilarious, and even better on audio.

Maus and Maus II by Art Spiegelman: Graphic novels of the Holocaust.

Old School by Tobias Wolff: Another boarding school novel; this one has a cameo appearance by Robert Frost.

What are your favorite gateway books for teenagers?

15 thoughts on “10 Gateway Books for Teenagers”