I’ve always been drawn to novels set in the academy. I like the parochial closed world in which incompatible people are forced to come to terms with one another. I like the relatively high tolerance for oddity and the relatively low threat of physical violence. I like characters who speak in complete sentences, use lofty vocabulary and sprinkle their repartee with literary references.
Cynthia Crossen, “Back to School” in the Wall Street Journal

September used to be the traditional “back to school” month, but August has become the new September. (I would love it if someone could provide me with a good explanation of this phenomenon — but if it has anything to do with football schedules, I don’t want to hear it.) College students are moving into dorm rooms, children are buying new backpacks and sneakers, and teachers are preparing classrooms and lesson plans. 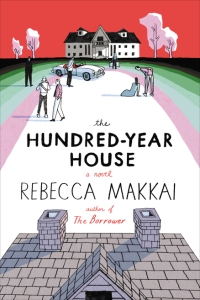 Last week, when I visited Lake Forest Academy’s campus for Lake Forest Book Store’s author event with Rebecca Makkai, the school was feverishly getting the campus ready for the upcoming year. But in the beautiful Little Theater in the historic Armour House, where tea with Rebecca took place, no sounds of construction could be heard. The audience was enraptured with Rebecca’s reading from her new novel, The Hundred-Year House.

Just back from a book tour on the East Coast, Rebecca was on her home turf. A native of Chicago’s North Shore, she has taught at Lake Forest Academy, as well as at Forest Bluff Montessori School and Lake Forest College.

The Hundred-Year House has received rave reviews from the Chicago Tribune, Los Angeles Times, NPR Books, Publishers Weekly, Library Journal, People, and many more publications — and was selected as one of Oprah’s top “summer reads”. I loved Rebecca’s debut novel, The Borrower, and was thrilled when our Penguin sales rep gave me a bound galley of The Hundred-Year House. I sent him the following mini-review:

Once an artists’ colony, now a luxurious private home, the “hundred-year house” has a profound effect on its residents and visitors. Using an innovative narrative structure — the book begins at the dawn of the 21st century and travels back in time to 1900 — Rebecca Makkai draws us in to a world filled with artists, poets, academics, heirs and heiresses . . . and perhaps a ghost. Rebecca’s gorgeous writing enthralled me from the first page. She lives and works in the Chicago suburb where our store is located and where the story takes place, but I would have been just as mesmerized even if I hadn’t been curious about her portrayal of our town.

What I didn’t mention is that academia and campus life (specifically, inter-departmental politics at a small liberal arts college) are integral to The Hundred-Year House. I’ve always enjoyed novels set on campuses — it must be nostalgia for my school days. I think the first adult book I ever read that took place at a school was The Catcher in the Rye, when I was 12 or 13, and I remember wondering if there really was a Pencey Prep. (No, but the McBurney School did exist.)

So, in the spirit of “back to school” (which really should be next month, but nobody asked me), here are 10 of my favorite campus novels, old and new:

The Last Enchantments by Charles Finch
A coming-of-age story about a young man who leaves his political career and devoted girlfriend behind to spend a year studying at Oxford. This is Finch’s first contemporary novel–he’s best known for his Charles Lenox Victorian mysteries.

This Side of Paradise by F. Scott Fitzgerald
Fitzgerald’s semi-autobiographical debut novel is set at Princeton (which he attended, but did not graduate from): “From the first he loved Princeton—its lazy beauty, its half-grasped significance, the wild moonlight revel of the rushes, the handsome, prosperous big-game crowds, and under it all the air of struggle that pervaded his class.”

The Art of Fielding by Chad Harbach
I have zero interest in college baseball, but I savored this story of students, faculty, and administrators at fictional Westish College in Wisconsin. It’s one of my all-time favorites. The Melville references are a bonus.

Admission by Jean Hanff Korelitz
Portia Nathan is an admissions officer at Princeton, involved in a stale relationship with an English professor. The novel was made into a movie starring Tina Fey — of course, the book is better.

Straight Man by Richard Russo
Russo is one of my favorite authors, and Straight Man is Russo at his best. It’s a smart and touching satire about an English professor at a little-known university.

I just read this one — it came out yesterday!  It’s a hilarious (and short) novel made up of letters of recommendation that English professor Jason Fitzger is constantly called upon to write.

Moo by Jane Smiley
Even more satirical than Straight Man, Moo pokes fun at every aspect of university life.

The Secret History by Donna Tartt
Since the publication of The Goldfinch, there’s renewed interest in Tartt’s first book — a very smart literary mystery that moves backwards in time. 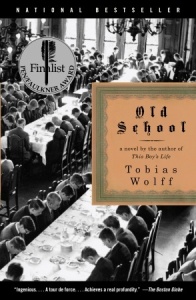 Old School by Tobias Wolff
Prep school novels are tough. Most of them don’t ring true to me. This one, about a scholarship student at an elite boarding school in the 1960s, is beautifully written and authentic.

Last December, Rebecca Makkai was kind enough to spend a few hours at Lake Forest Book Store as our guest bookseller for a day. (Author Sherman Alexie spearheaded this program, which brought authors into independent bookstores to sell books.) Rebecca highly recommended Virgins, a prep school novel by Pamela Erens, which I promptly bought . . . and haven’t read yet.  It will be my back to school book! 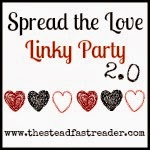 16 thoughts on “Back to School — 10 Favorite Campus Novels”