Today, at our monthly meeting, our staff discussed those very questions. Our meetings are supposed to begin at 8:00 a.m., and we rush to get through as many book reviews as possible before the store opens at 9:30.

Sheet Pan Suppers, by Molly Gilbert, has been a hit with our staff and customers, although clearly the title is a bit of a misnomer — this morning we sampled the raspberry white chocolate scones, which were delicious! (The subtitle of this great cookbook is 120 Recipes for Simple, Surprising, Hands-Off Meals Straight From the Oven, Plus Breakfast, Desserts, and Snacks Too!) I noticed that the scones sat untouched for the first half of the meeting, as our health-conscious booksellers delicately nibbled on clementines, but that somehow by the end of the meeting the scones were almost gone.

What else have we read recently?

Last week was a great reading week for me — I finished two debut novels that I absolutely adored. The Magician’s Lie, by Greer Macallister, is a historical novel about a young, female magician (the “Amazing Arden”) at the turn of the 20th century, who is accused of murder. She is captured and interrogated by a country sheriff who has problems of his own, and during the course of one long night in a rural police station, we learn about the magician’s past. How did an aspiring dancer, born into a wealthy family, end up running a successful traveling magic show — and running for her life? It’s a terrific period piece, with a murder mystery and just a touch of the supernatural. If you enjoyed Water for Elephants, you’ll love this book.

I can’t say enough good things about My Sunshine Away, by M.O. Walsh (due February 10).  During the summer of 1989, the narrator of My Sunshine Away is fourteen years old and in love with his neighbor on Piney Creek Road in Baton Rouge, Louisiana, Lindy Simpson. When Lindy becomes the victim of a rape, everything changes. The narrator finds himself, along with other neighbors, interrogated about the crime:

Don’t believe what you see on the crime shows today. No single hairs were tweezed out of Old Man Casemore’s lawn. No length of rope was sent off to a lab. No DNA was salvaged off the pebbles of our concrete. And although the people of Woodland Hills answered earnestly every question that was asked of them, although they tried their best to be helpful, there was no immediate evidence to speak of.

Although My Sunshine Away is suspenseful — sometimes almost unbearably so — it’s really a coming of age story. It’s about an immature, self-centered boy becoming an adult with integrity. As he recounts the pivotal events of his youth, the narrator’s voice is authentic and compelling. At one point, he reflects on the nature of nature of memory:

And it is not until times like these, when there are years between myself and the events, that I feel even close to understanding my memories and how the people I’ve known have affected me. And I am often impressed and overwhelmed by the beautiful ways the heart and mind work without cease to create this feeling of connection.

Although I’ve never been to Baton Rouge, I felt as if I had after reading Walsh’s lyrical descriptions of this singular place. Walsh, who is the director of the Creative Writing Workshop at the University of New Orleans, clearly heeds every creative writing teacher’s advice: “Show, don’t tell.” He shows us a setting and characters that are as vivid as any I’ve encountered on the page. The novel reminded me in some ways of Alice Sebold’s The Lovely Bones — but without the murder and the accompanying trip to heaven, and with a great deal more wisdom. 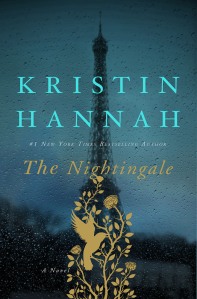 Several staff members read and enjoyed Kristin Hannah’s The Nightingale and were pleasantly surprised that Hannah, typically thought of as a writer whose  previous books were on the lighter side, has written historical fiction that is “meatier” and more literary. In fact, The Nightingale is the Indies First #1 Pick for February 2015, which is a huge honor. It’s the story of two sisters in World War II France, both fighting for the Resistance.

Other recent favorites of our booksellers are several books that just released in paperback: The Orenda, by Joseph Boyden, The Winter People, by Jennifer McMahon (“perfect for Stephen King fans”) One More Thing: Stories and Other Stories, by B.J. Novak (“so funny!”), and The Pearl That Broke Its Shell, by Nadia Hashimi.

I’m in the middle of Girl Runner, by Carrie Snyder, historical fiction inspired by female athletes in the 1920s, an era when women’s sports became popular. Gold medalist Aganetha Smart is now 104 years old, wheelchair-bound in a nursing home and wondering if anyone will remember her and her triumphs. She’s a fictional character, based on the Canadian women (“the Matchless Six”) who participated in the 1928 Olympic Games — the first at which women were permitted to compete in select track and field events. The novel is engrossing and well-written, piquing my curiosity about the history of women’s athletics.

Another bookseller is reading Pioneer Girl, by Bich Minh Nguyen, a book that is going right to the top of my TBR list. It’s the story of a recently minted Ph.D. who can’t find a job and returns home to the Chicago suburbs to help her Vietnamese immigrant parents with their restaurant. She becomes obsessed with the origins of a brooch that she thinks might have belonged to Laura Ingalls Wilder’s daughter, Rose. The story of Vietnamese immigrants has parallels to the story of American pioneers moving westward.

Other books in progress among our staff are A Small Indiscretion,a debut suspense novel by O. Henry Prize winner Jan Ellison, and Wolf Winter, by 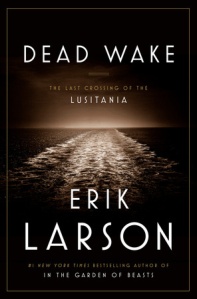 Cecilia Ekbäck, a murder mystery set in Lapland in the 1700s. (Apparently murder was going on in Sweden long before Martin Vanger turned up in The Girl With the Dragon Tattoo.)

What’s next? A couple of us are planning to read Vanessa and Her Sister, by Priya Parmar, about Vanessa Bell, Virginia Woolf, and the Bloomsbury Group, and others want to read Alexandra Fuller’s latest memoir, Leaving Before the Rains Come. We are all looking forward to Dead Wake: The Last Crossing of the Lusitania,  Erik Larson’s new book (due March 10). What’s next for you?