I know from experience that traveling with small children is no picnic. I sympathize with parents trapped with children at airports and on planes, remembering very well how difficult it is to entertain squirmy, fussy, tired children in an enclosed space. In the pre-iPad era, we relied on books, travel games, and snacks to keep the kids happy.

At an airport gate recently, I made the mistake of sitting near a parent who had a  different, but highly creative, solution to her children’s boredom. When they started to whine, she reached into her big Mary Poppins bag and voila! She pulled out two harmonicas, and the little cherubs’ pouts turned into smiles as they competed to see who could play his harmonica more loudly.

Since I was at the gate, not strapped into an airplane seat, I was able to move out of earshot of the impromptu concert, crossing my fingers that the young musicians would not be seated near me on the plane. I was really looking forward to finishing my book, Carly Simon’s memoir, Boys in the Trees.

If you like to read, a plane trip can be a little piece of heaven. Several hours of peaceful, uninterrupted reading time, out of touch with the world below. I know many planes offer wifi now, but why pay for that? The best thing about flying — besides getting to your destination — is the sense of being disconnected from the world, immersed in a book.

Sometimes, though, it seems that my fellow passengers have conspired to make sure that doesn’t happen. I can deal with crying babies — it’s not their fault their ears hurt, and almost always, their poor parents are trying hard to soothe them. It’s the adult behavior that drives me nuts.

I’m a sociable person, but  don’t want to talk to anyone on a plane, and that includes family members. My husband’s solution is headphones — he immediately puts them on, whether he is listening to something or not, assuming that most people will not strike up a conversation with someone wearing headphones. The last time I tried this, Chatty Cathy in the next seat wanted to know what I was listening to. Nothing, I wanted to say. They’re just a prop to keep nice people like you from talking to me. I think one reason people leave my husband alone on planes is because he’s male. Women are sitting ducks; we’re supposed to be friendly and accommodating. I’d like to go on about men taking up more than more share of the space and hogging the armrests, but I don’t want to alienate my male readers, so I’ll stop.

“What are you reading? What’s that about?” I dread those questions.I love talking with people about books, but not on planes. Disturbing a reader on a plane is like approaching a marathon runner in the middle of a race — “How’s it going? How much longer? Where did you get those sneakers? How much did they cost?”  Sometimes I just hold up the book, showing the cover, and smile. A couple of years ago, I was reading a book about World War II on a four-hour flight, and I made the mistake of being overly polite to the man next to me when he asked me about the book. I was treated to a monologue about his father’s experience in the war, which involved working on a farm in Nebraska because he was unfit for service.

I am always interested in what other people are reading, and one of the worst things about e-readers is that snoopy people like me can’t tell if someone is reading Fifty Shades of Gray or Anna Karenina. I once broke my own rule about talking to people on planes when I noticed my male seatmate was reading Melanie Benjamin’s The Aviator’s Wife. I asked him how he liked it, and he told me it was his wife’s book club selection, so he thought he’d give it a try, even though it was a “chick book”.  I asked him why a book about a woman is a “chick book”, while a book about a man is just a book. That was the end of our conversation.

I should have kept my thoughts to myself the way I do when I see the following:

• People who fidget restlessly throughout the flight, flipping through the in-flight magazine.  They are wasting a golden opportunity; why didn’t they just bring a book?

• People who allow loud music to escape from their headphones.

• People who send their young children on a plane as “unaccompanied minors” and provide them with no form of amusement. I was once seated next to a seven-year-old boy who came aboard with nothing but a jacket and a pack of gum. Guess who entertained him for two hours?

• People who travel with small, yapping dogs. One time, my son and I sat across from a woman with a dog who yelped during the entire flight. She kept telling the dog that if he would be quiet, he’d get a treat when we landed.

• People who bring hot food on the plane — well, food that was once hot. I’ve seen people sit at the gate for an hour or more, clutching a bag of greasy McDonald’s food or a pizza box, and then decide, when the plane is airborne, that the time is right to treat everyone nearby to the aroma of fast food. 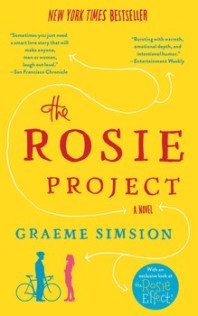 I did not have to sit near the harmonica-playing duo on the plane. Instead, I sat across from a young mother who had an infant in a front carrier and a two-year-old in the seat beside her. Both children fell asleep within 20 minutes of takeoff. (This never once happened to me, I want you know.) She ordered a Bloody Mary, settled back in her seat, opened her book (The Rosie Project, I couldn’t help but notice) and smiled at me. “Pure bliss, right?” I said to her.

18 thoughts on “Annoying Things People Do on Airplanes”