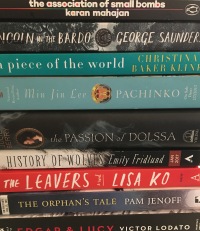 It’s always better to have too much to read than not enough.
Ann Patchett

I have piles of brand new books to read, as well as dozens of galleys for upcoming books downloaded on my e-reader. I’m constantly amazed at the volume of high-quality books that appear every season, not to mention the number of talented debut authors. The creative spirit and the love for the written world in our world are stronger than ever.

How do I choose what to read next? Sometimes I’m crippled by indecision. I read a chapter of one so-so book and then of another, glancing over at the stack of January releases and thinking that there’s probably a gem buried in there . . . one that I will be excited to share with other readers.

That’s why it’s so annoying when I read a book that disappoints me and that I can’t recommend. I take comfort in Will Schwalbe’s comments in Books for Living that “every book changes your life” and “there is no book so bad that you can’t find anything in it of interest”.  I would never call Emily Ruskovich’s debut novel, Idaho, a bad book, but I wish I’d devoted my treasured reading hours to a book that I could enthusiastically recommend. Ruskovich’s writing is spectacular, but to fall in love with a book, this middlebrow reader also needs a comprehensible story. I don’t need every loose end tied up, but I do want to understand something about the characters’ motivations — and I finished this overhyped book as bewildered as I was when I started. The New York Times disagreed with me (check out Smith Henderson’s review here), and so have other readers — if you’ve read Idaho, I’m curious to know what you think.)

Now . . . on to books that I encourage you to pick up this winter.

The Nix by Nathan Hill
How could I have forgotten to recommend The Nix, which came out last summer? Hill’s debut novel is my favorite “big book” of 2016. Every once in a while, you want to wrap yourself up in a long novel that covers everything from family relationships to social history. Since you may be wondering what a “nix” is, I’ll fill you in. It’s a Norwegian house spirit that the main character, Samuel, hears frightening tales about during his childhood and is “the perfect organizing motif for a book about the small mistakes that become a life’s great tragedies, and secrets held too close and for too long”, according to NPR. The New York Times says the book is the “love child of Thomas Pynchon and David Foster Wallace”, a statement I can’t address since I’ve never been able to make my way through either of those authors’ books. I thought the satirical writing was reminiscent of John Irving and Tom Wolfe; John Irving himself compared Hill to Charles Dickens. Comparisons aside, The Nix is a creative tour de force and a joy to read. 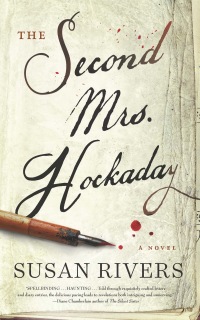 If you enjoyed News of the World by Paulette Jiles . . .

The Second Mrs. Hockaday by Susan Rivers
I read this epistolary novel in a day, amazed at the suspense Rivers is able to build through letters, court documents, and diary excerpts. Based on historical records, The Second Mrs. Hockaday tells the story of a young girl, Placidia, who marries a Confederate officer, Major Hockaday, during the Civil War just days after they meet. When Hockaday returns home two years later, he learns that Placidia has been accused of bearing and murdering a baby while he was gone. What actually happened and why won’t Placidia speak in her own defense? This slim novel, perfect for book clubs, will inspire discussion about race and the legacy of slavery, women’s changing roles, forgiveness, and redemption,

Days Without End by Sebastian Barry
I’ve just started reading Days Without End, but I am already enthralled. I think Sebastian Barry is one of our most underrated (and under-read) authors. When you read one of his books, you know you’re reading the work of a poet. You can choose at random almost any passage from any one of his novels and be struck by the beauty of the language. Here’s what the Guardian has to say about Barry’s latest novel: “Days Without End is a work of staggering openness; its startlingly beautiful sentences are so capacious that they are hard to leave behind, its narrative so propulsive that you must move on.”

Days Without End follows the adventures of teenager Thomas McNulty, who flees the Irish potato famine and signs up for the United States Army. Barry has written several other novels about the McNulty family (The Trial of Eneas McNulty, The Secret Scripture, and The Temporary Gentleman). Each one of them is well worth reading –as are his novels about the Dunne family — and you don’t need to read them in any particular order.

If you’re in the mood for the print version of a romantic comedy (happy ending and all) . . .

Small Admissions by Amy Poeppel
I have a weakness for behind-the-scenes novels set in admissions departments. Small Admissions has a unusual twist: it takes place in the crazy world of New York day schools. The author apparently knows what she’s talking about, since she worked in the admissions department of a prestigious private school in New York. This novel is fun light reading, with plenty of characters you’ll love to hate and a satisfying romance.

If you loved A Gentleman in Moscow (and Doctor Zhivago) . . .

The Patriots by Sana Krasikov 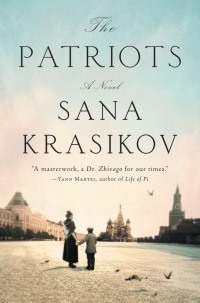 According to Yann Martel (Life of Pi), The Patriots is “a masterwork, a Doctor Zhivago for our times”, and indeed, it has much in common with that beloved classic. (Although I think the Count in A Gentleman in Moscow has more in common with Zhivago than any of the characters in The Patriots.) I absolutely loved this book, which is top-notch historical fiction about three generations, beginning with an idealistic young woman from Brooklyn who moves to Russia during the Stalin years and taking us through the tumultuous events in the Soviet Union in the 20th century to post-Cold War America.

Lara: The Untold Love Story and the Inspiration for Doctor Zhivago by Anna Pasternak
Journalist Anna Pasternak reveals the true story of the love affair between her great-uncle, author Boris Pasternak, and his muse, Olga Ivinskaya — the model for the fictional Lara in Doctor Zhivago.

What are you planning to read this winter? And how do you decide?