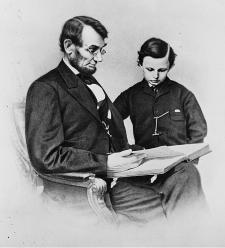 All I have learned, I learned from books.
Abraham Lincoln

There will never be anything more interesting than that American Civil War.
Gertrude Stein

My husband is a Civil War buff. In honor of Lincoln’s birthday, I just went through Jeff’s extensive collection of Civil War books, in search of a few that I’d also read and could recommend. This is what I learned:

I don’t want anyone to think that Jeff is some kind of Civil War nut — although he did name all his childhood cats (both male and female) after Civil War generals. He doesn’t dress in a Union Army uniform and participate in battle re-enactments — although we attended one of those many years ago, at the Lake County Forest Preserve in Wauconda, Illinois. I think it was an attempt to entertain our children on a Sunday afternoon. As I recall, one of our sons was fascinated with the surgical tools used in Civil War field hospitals. On family road trips, he’s forced us to stop at various battlefields (Chickamauga . . . Antietam . . . Bull Run), but we’ve never gone on a trip dedicated to touring Civil War sites. He’s never visited the Abraham Lincoln Presidential Library and Museum in Springfield, Illinois.

And until recently, he had never been to the Abraham Lincoln Book Shop in Chicago. That’s right — there is an independent book store dedicated to Abraham Lincoln books and memorabilia. The shop, which was founded in 1938, “specializes in books, autographs, photos, artwork and memorabilia of U.S. political and military history, particularly Lincoln, the Civil War and the U.S. presidency.” Owner Daniel Weinberg told the Chicago Tribune that his favorite Lincoln biography is  A. Lincoln by Ronald C. White. (For the complete interview, click here.)

According to Paul Tetreault, director of Ford’s Theatre, more than 15,000 books have been written about Lincoln, “more than have been written about any person in world history, with the exception of Jesus Christ.” In 2011, Ford’s Theatre Center for Education and Leadership unveiled a 34-foot (three-story) tower of books about Abraham Lincoln, “symbolizing that the last word about this great man will never be written”.

In 2012, when Daniel Day-Lewis astonished us with his performance in Steven Spielberg’s Lincoln, readers rediscovered Doris Kearns Goodwin’s Team of Rivals: The Political Genius of Abraham Lincoln (the book on which the movie was partially based.) Unlike my husband, I don’t usually take my history straight up — I prefer a little fiction mixed in — but I thoroughly enjoyed Team of Rivals.

If you’re in a Civil War mood, here are my favorite recommendations — both fiction and nonfiction.

The Second Mrs. Hockaday (Epistolary novel about a young wife accused of infanticide while her Confederate Army officer husband leaves her to run the family farm) by Susan Rivers

The March (Novel about Sherman’s March) by E.L. Doctorow — not to be confused with

March (Fiction about the wartime experiences of Mr. March, the absent father in Little Women) by Geraldine Brooks — who is married to the author of

Confederates in the Attic: Dispatches from the Unfinished Civil War (Ex-war correspondent Horwitz joins a band of Civil War reenactors — fascinating and hilarious) by Tony Horwitz

The Widow of the South (Novel based on the true story of Carrie McGavock, whose home became a field hospital) by Robert Hicks

I Shall Be Near to You (In this beautiful story of love and war, a headstrong young woman disguises herself as a man, enlists in the Union Army, and follows her new husband into battle) by Erin Lindsay McCabe 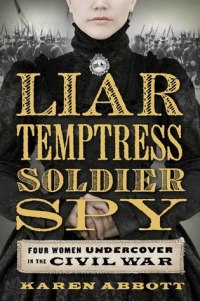 Liar Temptress Soldier Spy (Nonfiction that reads like fiction; a rollicking chronicle of the exploits of four female spies –two Union, two Confederate –during the Civil War) by Karen Abbott

Cold Mountain (National Book Award winner in 1997; a Confederate deserter walks through the war-torn South to reunite with his beloved) by Charles Frazier

And for children: Across Five Aprils by Irene Hunt, which started it all for Jeff. 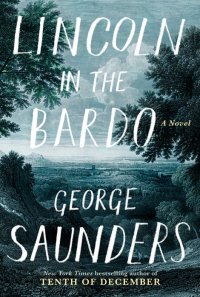 I haven’t read either The Underground Railroad by Colson Whitehead (winner of the 2016 National Book Award for fiction) or Lincoln in the Bardo by George Saunders, although both are universally acclaimed. For a glowing review of Lincoln in the Bardo, check out today’s New York Times Book Review.) One of my coworkers, whose opinions I always trust and whose taste I almost always share, loved Lincoln in the Bardo, and says it “will haunt me for some time (pun entirely intended) . . . It is not a straight forward narrative. It is a complex (yet, very entertaining) discussion of the manner in which we live and how that life will affect the manner in which we die and our afterlife.” (By the way, “bardo” is the Tibetan term for purgatory.) I’m sure both of these books are superb and well worth reading, but I have a problem with

books that mix reality and fantasy. Usually, the minute a ghost appears in a novel I lose interest. Or, for that matter, when the “underground railroad” turns into an actual train. Does anyone else have that problem, or am I just lacking in imagination?